"After almost 2M dollars spent in design fees and several attempts in trying to have a design from the Rockwell Group approved by the W group, who -by the way - referred the design firm to the owner, the opportunity shifted to Paolo Volpis Design who satisfied W aesthetic expectations at the first try".

Inspired by the ocean waves, sand, and the water sparkle under the sunny southern California sky; the skin of the building articulates randomly to enclose 280 guest units and offer a large variety of room floor plan:  Some units have a full balcony, some have a half balcony, and others have no balcony but instead a larger indoor space enclosed by floor to ceiling glass. Every customer experiences a different floor plan in every room giving a refreshing feeling and sense of exclusivity at each stay.

The rooms configuration and variety created some challenges when dealing with plumbing, room stacking and structural system, considering that W has four room typologies: the regular king and double queen, the Wow, E Wow, and the penthouse, having respectively a one, two, three, and four  plus module. Laid on a 32 foot grid module; the concrete columns never pass through the double module units, which always have two connecting rooms respectively single King or double Queen.

Beneath seven levels of units, the "podium" level  is equipped with a large ballroom, two connecting meeting rooms, and a 4,000 S.F. spa operated by Bliss.

On the opposite side of the podium level, separated by a large outdoor space offering a lawn for ceremonies, a pool, and numerous sun decks, the restaurant building connects directly to the ocean view and to the drop off for the patrons who are not guests at the W hotel.

At the podium level, the design is characterized by folding planes which enclose, delineate and separate all the different masses of the building, including the two large wings containing the rooms. On the back side of the building, where all the back of house is located, the folding planes "hold" the service corridor and stretch to the ground transforming in retaining walls or solid elements to conceal trash enclosures, exit staircases, and vents connected to the double level of underground parking.

The construction of the W hotel started in 2009, and is currently on hold due to the slowing down in the hospitality industry, caused by the  financial crisis. 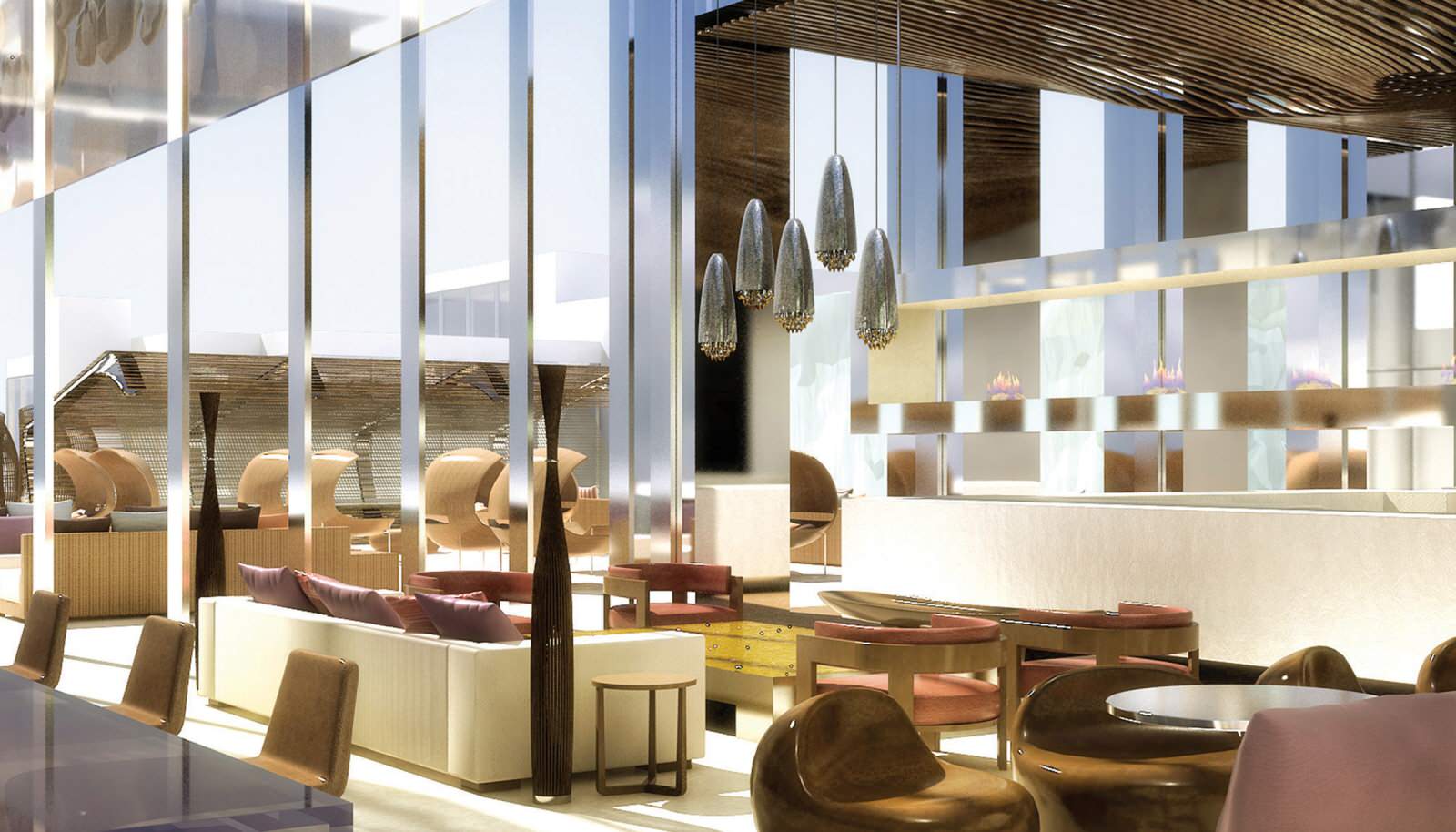 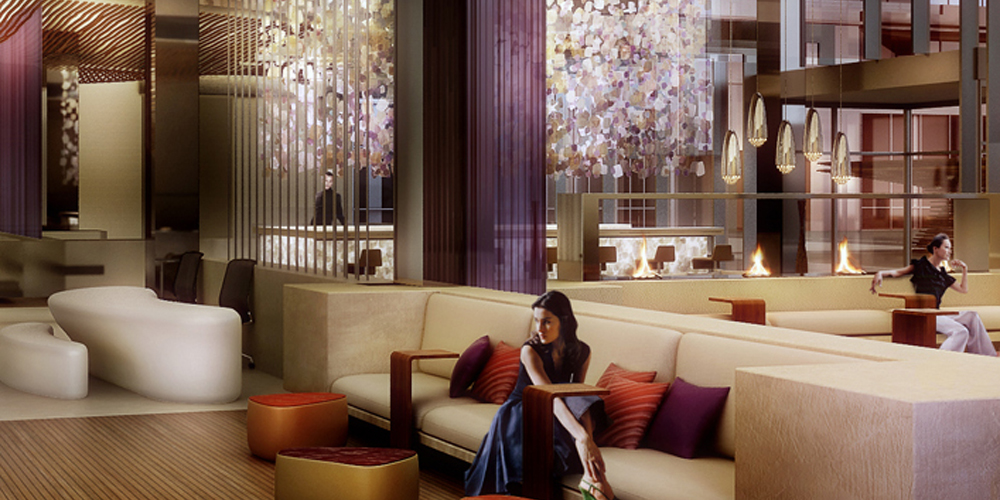 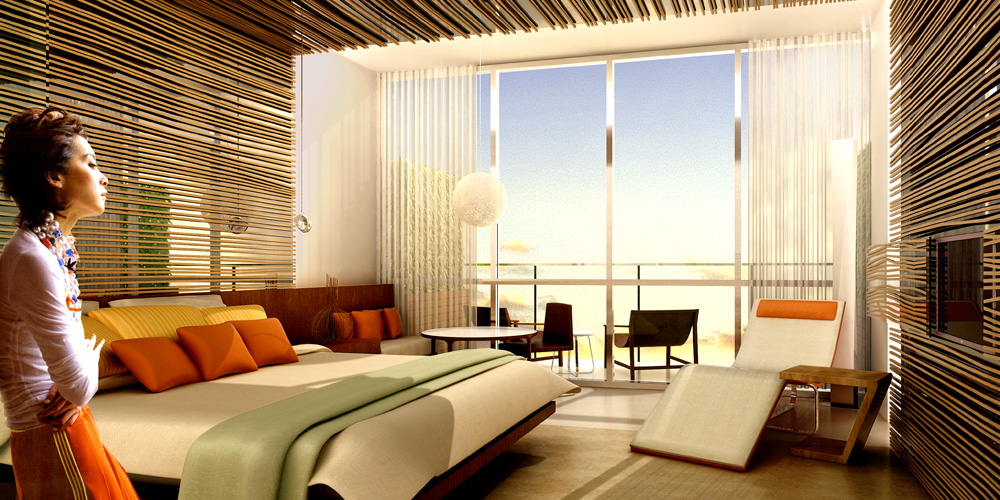 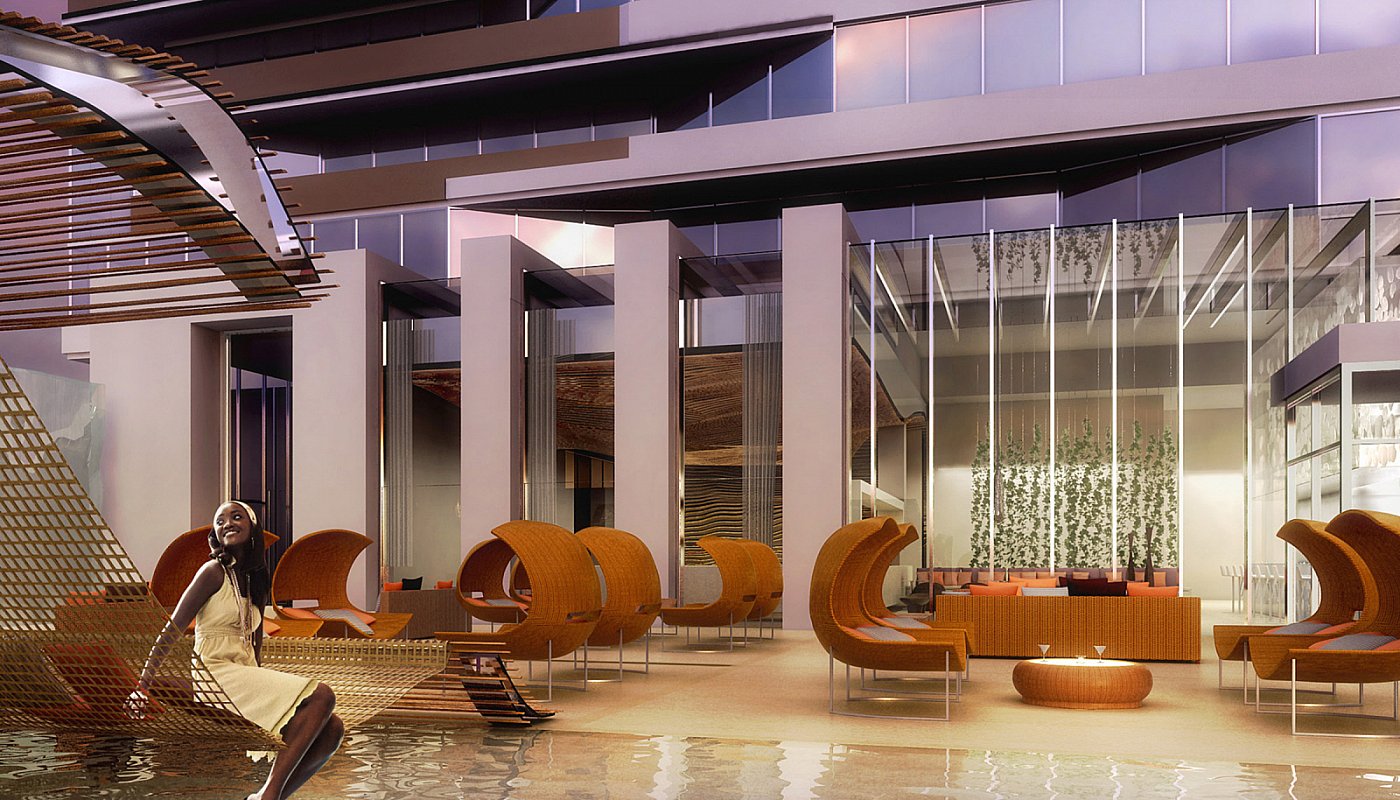 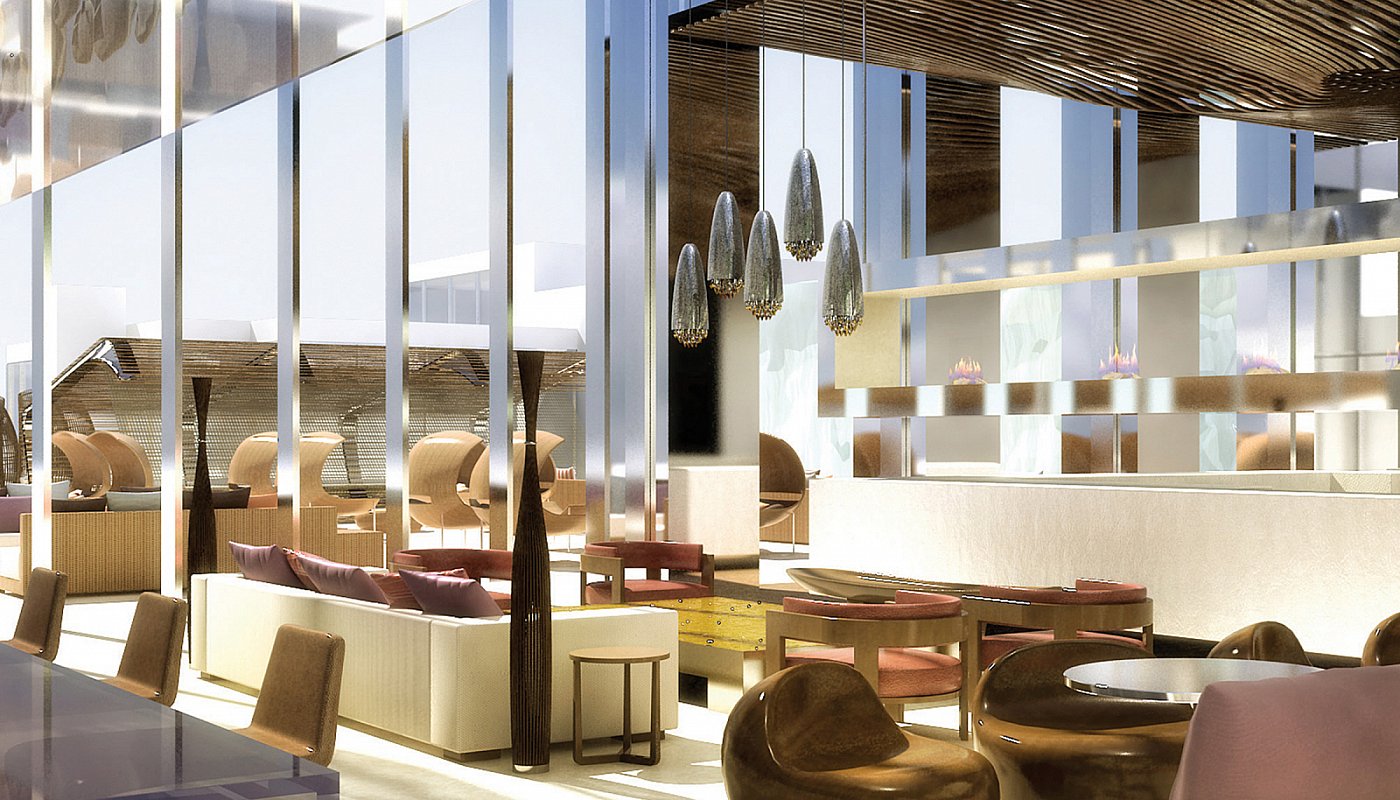 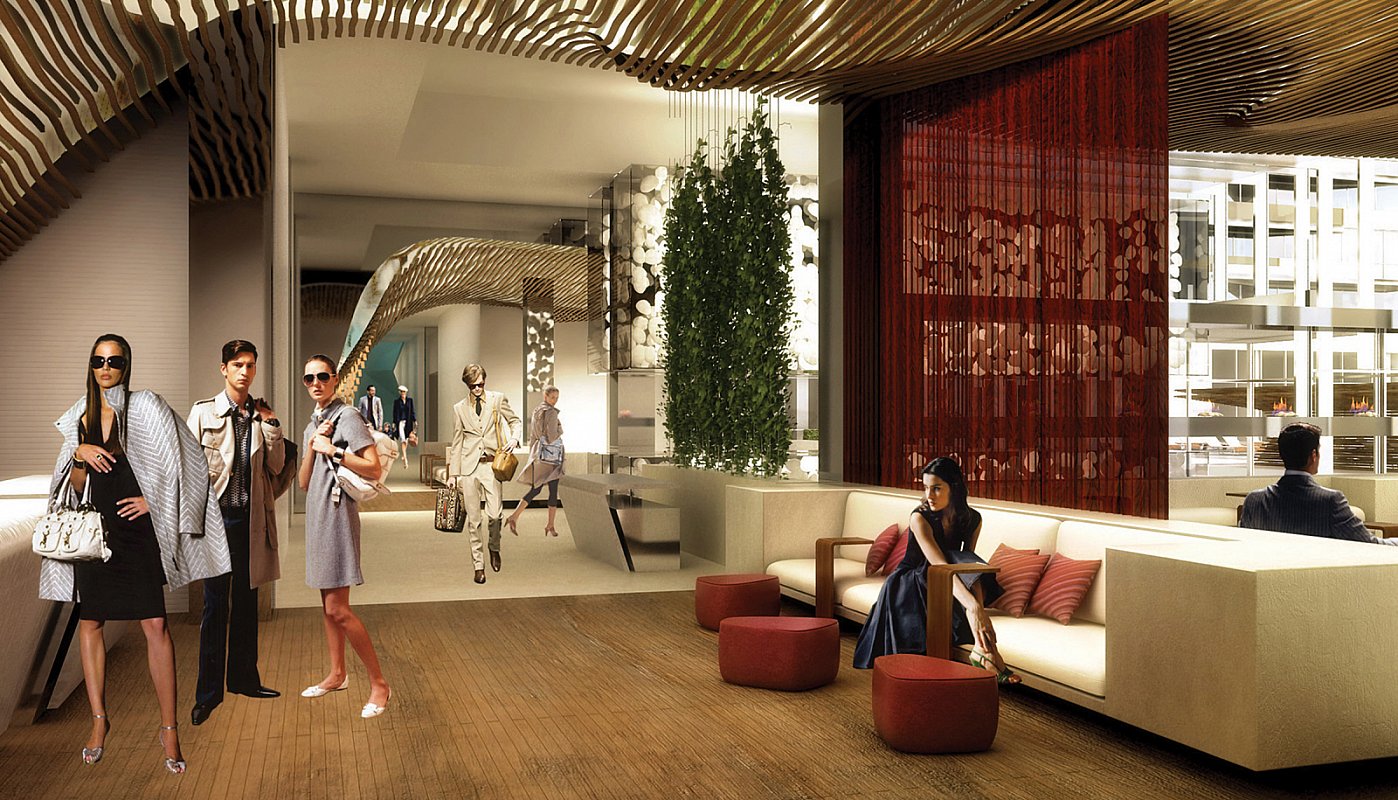 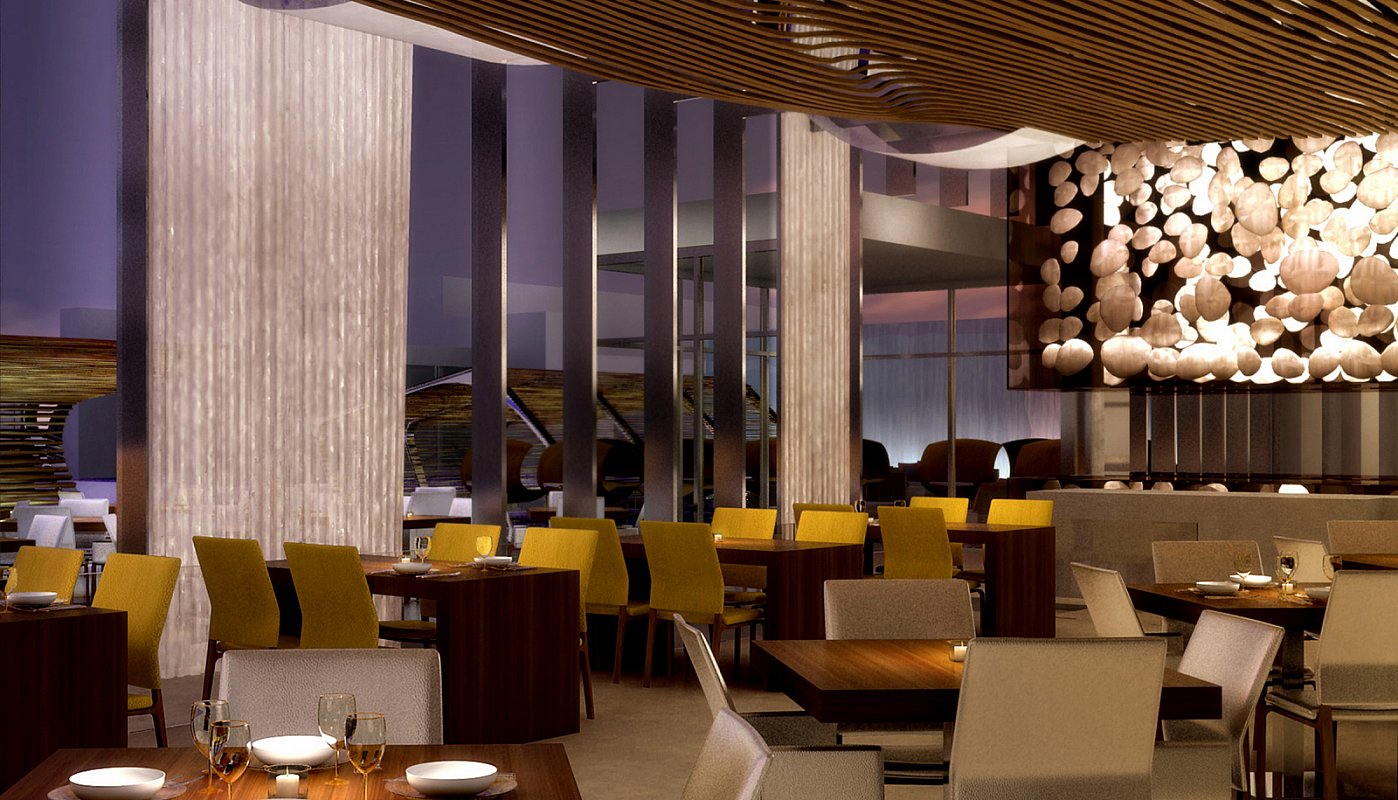 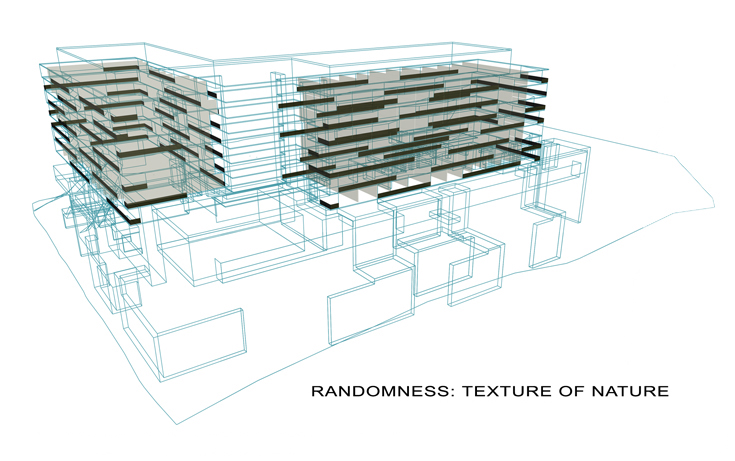 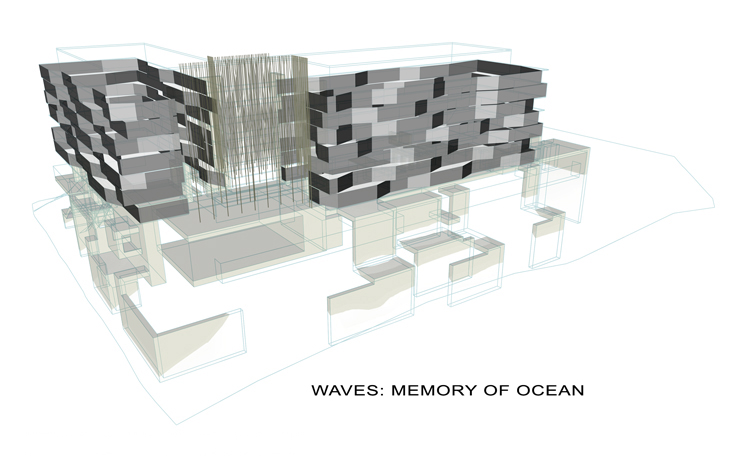 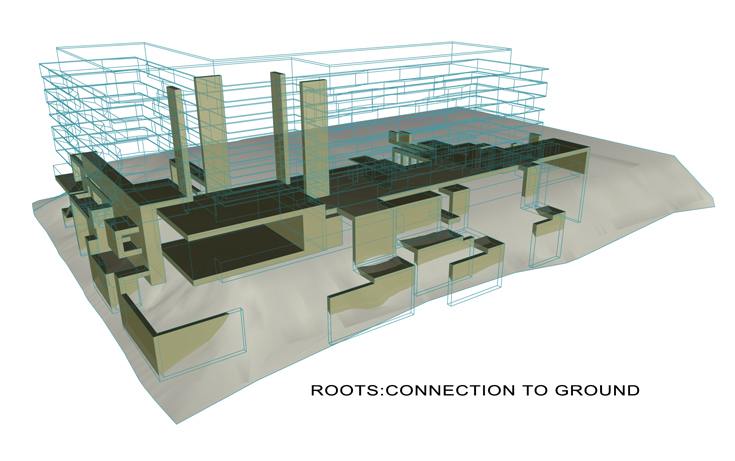